Home→Uncategorized→How cold has Spring been so far?

Despite a slightly cooler than normal Spring, we have had a few very warm and dry periods. A nice warm up in mid March with temperatures into the 60s gave way to cooler weather for the end of March through early April. A quick hitting late season snowstorm impacted the area on April 10th dropping near a foot of snow in the higher terrain of the northcentral U.P. The snow did not last, as temperatures reached the 50 degree mark a day after the storm, with temperatures in the 60s and lower 70s the week after, however anomalous cold and snow set in to end late April. It is beginning to warm again now and the snow is gone in all but the darkest places and snow banks in the higher terrain snow belts. 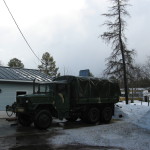 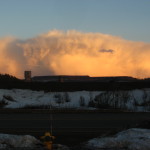 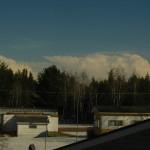 6 inches of snow left on April 21st, 2014 with convective clouds in the background. 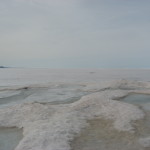 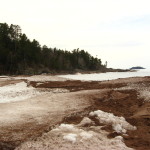 Ice buildup on beach below Sugarloaf Mountain on April 27th, 2014. 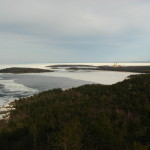 View of ice on Lake Superior from Sugarloaf Mountain on April 27th, 2014. 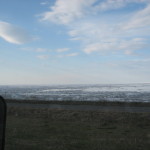 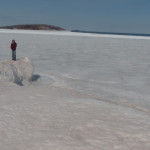 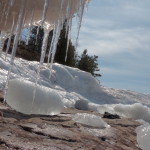 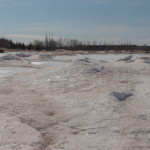 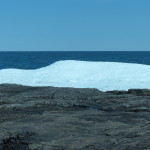 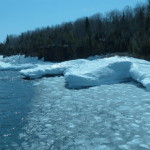 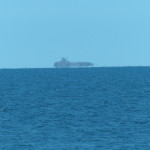 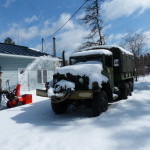 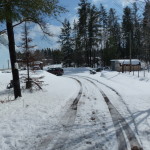 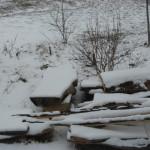 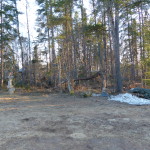 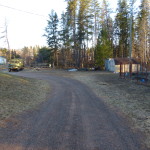 How has Spring matched our winter forecast so far? 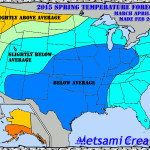 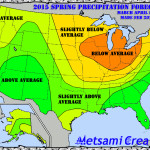 What actually happened as of April 25th

**Note** This data was the most up to date I could find. Precipitation is in millimeters and temperature in kelvin. Thankfully, the weather pattern has proved less cold that thought. Precipitation patterns were also different.

CFSv2 Outlook for May

This model has a warm bias, but it is forecasting warmer than normal temperatures with precipitation near normal to slightly above. I think we will have drier weather this May than the model forecasts. Model data has backed off on the extreme cold for early May and now shows significant warming, which seems probable given current conditions. 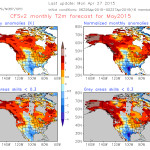 May temperature forecast from CFSv2 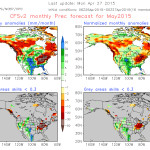 May precipitation forecast from CFSv2