Welcome to the Duodji Page!

Duodji, also known as handicraft, is the traditional craft of the Sami people, who are located in a region called Sapmi, stretching from central Norway and Sweden northward through northern Finland and the Kola Peninsula of northwestern Russia. Duodji consisted of leatherwork, textiles, weaving, scrimshaw, metalwork, such as jewelry and knives, drum making, and woodwork, such as carved utensils, drums, and kuksa.

While these crafts are alive and well in northern Europe, they are disappearing in North America as new generations lose the traditions of their ancestors. I am trying to re-learn the lost skills to teach future generations and to keep tradition alive.

These wood burnings depict scenes and stories inspired by Sami mythology and life in the tundra. By clicking on the pictures you can enlarge them and read the story in the caption that goes along with them. 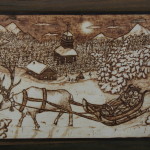 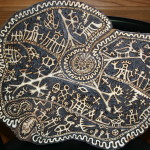 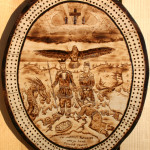 These T-shirts are based on the Sami pictograph wood burning. They are silk screen printed by Bohemia Printing in L’Anse Michigan. By clicking on the pictures you can enlarge them and read the story in the caption that goes along with them. Shirts are currently available in two colors and three sizes. Green or black, and medium, large, and extra large.

Due to popular demand I will try to get some printed in size small, and perhaps in different colors. 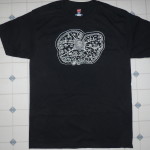 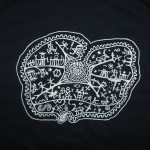 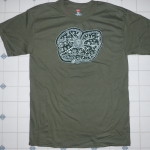 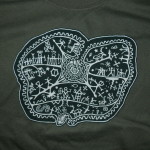 Wear a piece of the north with you wherever you go with natural antler and wood jewelry. The white tail deer antler and burl wood has been obtained from the northern Great Lakes region and is cut and polished by hand. Antler pieces are decorated with intricate pyrography inspired by the northwoods of the Great Lakes, Sami mythology, life in Sapmi, and the Kalevala. Wire wrapping and cordage is done by my neighbor, Great Lakes Gems. 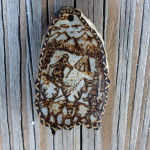 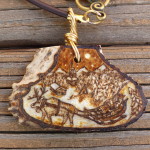 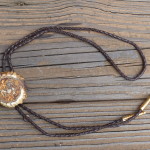 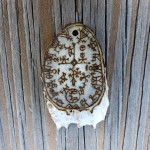 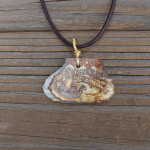 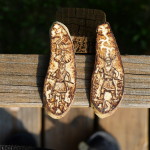 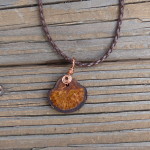 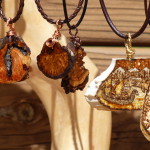 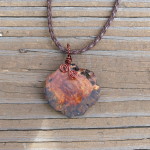 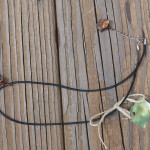 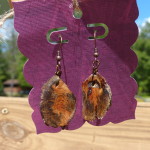 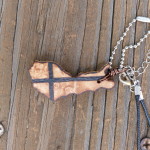 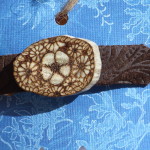 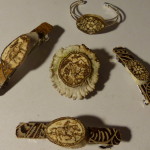 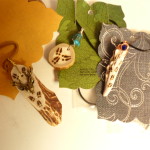 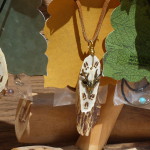 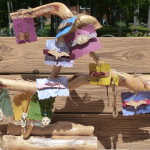 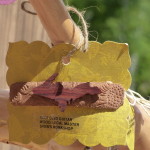